Find real estate for sale in Hampton Bays NY Homes and surrounding areas by selecting from our results below, or by entering your search criteria.

Newest Listings on the Market!

Hampton Bays is a somewhat small coastal town (i.e. on the ocean, a bay, or inlet) located in the state of New York. With a population of 13,896 people and three constituent neighborhoods, Hampton Bays is the 141st largest community in New York.

Unlike some towns, Hampton Bays isn’t mainly white- or blue-collar. Instead, the most prevalent occupations for people in Hampton Bays are a mix of both white- and blue-collar jobs. Overall, Hampton Bays is a town of service providers, sales and office workers, and construction workers and builders. There are especially a lot of people living in Hampton Bays who work in sales jobs (12.15%), office and administrative support (10.43%), and maintenance occupations (9.76%).

Another notable thing is that Hampton Bays is a major vacation destination. Much of the town’s population is seasonal: many people own second homes and only live there part-time, during the vacation season. The effect on the local economy is that many of the businesses are dependent on tourist dollars, and may operate only during the high season. As the vacation season ends, Hampton Bays’s population drops significantly, such that year-round residents will notice that the city is a much quieter place to live.

The town is relatively quiet, having a combination of lower population density and few of those groups of people who have a tendency to be noisy. For example, Hampton Bays has relatively fewer families with younger children, and/or college students. Combined, this makes Hampton Bays a pretty quiet place to live overall. If you like quiet, you will probably enjoy it here.

Hampton Bays is also nautical, which means that parts of it are somewhat historic and touch the ocean or tidal bodies of water, such as inlets and bays. Such areas are often places that visitors and locals go for waterfront activities or taking in the scenery.

Even though Hampton Bays is a smaller town, it has many people who hop on public transportation – mostly the train for their daily commute to work. Typically, these people are commuting to good jobs in the surrounding cities.

The education level of Hampton Bays citizens is substantially higher than the typical US community, as 32.47% of adults in Hampton Bays have at least a bachelor’s degree.

The per capita income in Hampton Bays in 2010 was $40,233, which is upper middle income relative to New York, and wealthy relative to the rest of the US. This equates to an annual income of $160,932 for a family of four. However, Hampton Bays contains both very wealthy and poor people as well. 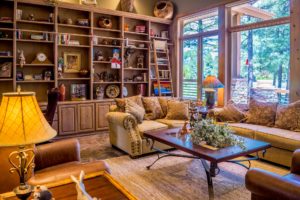 Hampton Bays also has a high percentage of its population that was born in another country: 26.99%.

The most common language spoken in Hampton Bays is English. Other important languages spoken here include Spanish and Portuguese.

“We service Manhattan to Montauk”

Our Specialty is the Hamptons